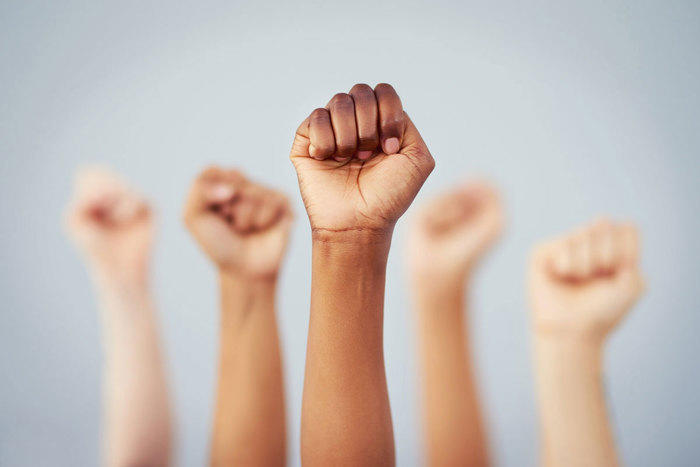 The American civil rights movement has inspired many groups to fight for government protections. In the 1920s, women were finally given the right to vote. Since then, they have made strides in employment and voting rights. However, the movement has failed to pass the Equal Rights Amendment, which would codify equal rights for women in the U.S. Constitution. Nevertheless, many examples of civil rights law are important for us to remember and learn from.

These laws are complex and evolving and can involve numerous different factors. Civil rights attorneys assist individuals, businesses, and government entities by researching and analyzing various civil rights cases. These cases may involve equal protection for all citizens, freedom from discrimination, free speech, lack of due process, and other issues. These lawyers can help you fight back and make sure your rights are respected. Just make sure to hire a qualified civil rights attorney. If you have questions about the legal process, contact a civil rights attorney today.

In the United States, the modern era of civil rights starts with the landmark 1954 Brown v. board of education decision. It rejected the notion of separate-but-equal schools. Many social scientists felt that segregated schools imposed a culture of inferiority on black children and limited their opportunities to attain a good education. The court ruled that state-mandated school segregation was unlawful discrimination and violated the equal protection clause of the U.S. Constitution.

The United States Supreme Court plays a crucial role in enforcement of civil rights laws. In addition to federal statutes, civil rights law is constantly evolving. It is used to protect individuals from discrimination based on their race, gender, national origin, and sexual orientation. In the case of federal government agencies, discrimination is illegal and can result in loss of federal funding. The Supreme Court and the Department of Justice have a large impact on the enforcement of civil rights laws.

Despite these limitations, SS 1983 has been the most influential source of civil rights law. However, there are some exceptions. Louisiana, for example, has limited the reach of the law under certain circumstances. Its survivorship limitations limit the scope of the statute, and the federal government must act to fill this gap. So, what is the legal basis of civil rights cases? Let’s look at some of them. For example, the case Moor v. County of Alameda (1998) is a landmark case for civil rights.

The 1964 Civil Rights Act prohibited segregation in schools, workplaces, and public places based on race, national origin, or religion. The Act also made it illegal to discriminate based on color of skin, gender, or sexual orientation. Among other things, it created the Equal Employment Opportunity Commission (EEOC) which has the power to file lawsuits on behalf of workers who are discriminated against. The new law was implemented in many ways, including expanding the nondiscrimination policy to cover companies with 15 or more employees.

In 1964, the U.S. Supreme Court declared state-sanctioned school segregation unconstitutional. Soon after, other groups began organizing for equal rights, including women. Today, the Civil Rights Act has been used to challenge discrimination in employment, housing, and voting, based on race, religion, gender, or national origin. But what is the impact of this legislation? The act has led to sweeping change.

A lack of civil rights has been linked to persistent health inequities for minorities. The impact of civil rights is investigated in four domains, including health care, education, employment, and housing. The study finds that civil rights entitle people to substantial benefits. Yet, the absence of enforcement of antidiscrimination laws has resulted in ongoing discrimination in these areas. While the benefits of civil rights laws are undeniable, the negative effects of the legislation should not be underestimated.

In addition to the protection of minority groups, the movement for equal rights also influenced other civil rights movements. The Montgomery Bus Boycott, the Greensboro Woolworth Sit-Ins, and the March on Washington for Jobs and Freedom grew out of these efforts. Many of these movements incorporated many of the same tactics and arguments as the Civil Rights Movement. For example, the student free speech movement was started by Freedom Movement veterans, and many of them were also active in the anti-Vietnam war movement. Even the gay rights movement borrows from civil rights.

While many of us are aware of the significance of voting rights in our lives, we may not realize just how far the impact of civil rights law has lasted. Although the Supreme Court ruled in Plessy, the CRA did not abrogate Jim Crow laws. But it did make it easier for people to vote, and desegregation of schools became legal. These changes were not instant, but they were significant and continue to have a significant impact today.

There are several challenges in enforcing civil rights laws. For example, in many instances, African Americans cannot purchase homes in white neighborhoods because the property owners do not want blacks living in it. The purchase of a house in Levittown in 1957 was complicated by harassment and threats of violence. Despite the challenges of enforcing civil rights laws, there are still many people who are trying to improve their community.

The current focus on bending the cost curve has chilled increases in health care costs. But by focusing on solutions outside of the legal system, a government agency can measure and scale up their effectiveness. While it is possible to improve minority health care through increased enforcement of civil rights laws, many of these efforts are expensive and uncertain. The expansion of the Civil Rights Act may be one solution that does not require congressional approval. But legal remedies often take years to implement and can cause economic hardships for minority-serving hospitals.

One major challenge in enforcing civil rights laws is the lack of political will. While mechanisms can help, political will remains the most important factor. While some implementation efforts are politically motivated and staffed, others do not reflect the seriousness of their commitment to ensuring the rule of law. In other words, the challenge of enforcing civil rights law in the U.S. is much more complicated than it appears.

Desegregation in the south brought about a backlash from white racists. One such instance was a case where an angry Ku Klux Klan member called the Little Rock Central High School board “communists.” This rage sometimes translated into murder. Emmett Till, an African American teenager, was murdered for making a comment to a white woman. As a result, the government had to rely on the FBI and federal marshals to protect the victims.

While some states have legalized racial discrimination, others still suffer from racial bias. The enactment of the Civil Rights Act is important to ensure equality in society. It is also necessary to ensure the enforcement of federal law, as many people fail to follow it. While this law is a significant achievement, the problem of racism persists today. A few examples are given below.