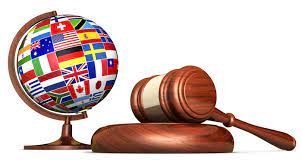 Treaties in international law are formal agreements between two parties. They can take various forms, and are typically comprised of a preamble and a series of articles, which specify the parties’ obligations and responsibilities. Other provisions include the duration of the agreement, the terms of termination, reservations and exclusions, and how the treaty will come into effect. A treaty may also contain reservations and limitations that the parties may choose to impose, depending on their specific circumstances.

The rule of effect requires that treaty interpretations should be consistent with the treaty’s purpose and object. It reaffirms the principle of effective interpretation. The Court’s reliance on the object of the treaty was a significant departure from previous case law. As a result, the Court’s jurisprudence in the treaty context has been influenced by subsequent agreements and practices, as well as relevant rules of international law.

When negotiating a treaty, countries usually appoint plenipotentiaries who have the authority to enter into a treaty. While signing a bilateral treaty is sufficient to make a state bind, multilateral treaties must be formally ratified by governments. Afterwards, the treaty will take effect, binding the states that ratified it. This process can take many years or even decades, depending on the complexity of the treaty.

The main differences between unequal treaties and colonial regimes are their extraterritoriality. The implication of extraterritoriality is that they are generally applicable to the Asian countries, in contrast to colonial regimes in other regions of the world. Moreover, treaty-related laws may also be inconsistent with the terms of the same treaty. So, it is necessary to know the rules governing international treaties before signing one.

In recent years, the ICJ has been referring to the incorporation of Principle 21 of the Stockholm Declaration as proof that the ICJ recognizes customary law. This principle states that nations have a responsibility not to cause transnational environmental harm. Similarly, the ICJ has approved a principle known as “equitable utilisation of common water sources” in the Gabcikovo-Nagymaros Case, adjudicating a dispute between Hungary and Slovakia over damming the Danube.

The Rome Statute of the International Criminal Court

The Rome Statute of the International Criminal Court establishes its jurisdiction and structure. Its member states must support the court and send its members to stand trial. It is a crucial step toward strengthening international law enforcement. However, the court lacks police resources. It has not yet been able to begin arrest warrants against 14 individuals, and member states have held back on necessary budget increases. To prevent further abuse of human rights, the ICC must get the backing of the international community.

The role of the UN General Assembly is crucial in shaping international law. As a global town hall, it can shape international opinion and influence governments. Resolutions can either crystalize international opinion or stigmatize nonconforming states. Whether or not a resolution will influence the future of a nation is not a simple question. The answer depends on the circumstances of the debate. Whether a resolution is influential depends on the politics of the state and its members.

Access to justice was another key issue discussed in the General Assembly. Many delegations emphasized the importance of legal aid, as well as the need to ensure that every citizen has access to justice. They noted that access to justice is critical to promoting the rule of law on a national level. They stressed the importance of inclusive dialogue in advancing international law. So, it is not surprising that the general consensus on the role of international law in advancing the United Nations’ three pillars is overwhelmingly positive.

After a lengthy debate, the General Assembly will begin the process of discussing substantive items on its agenda. It will allocate these items to six Main Committees, which will discuss them and try to harmonize approaches among states. At the end of the process, the Assembly will present its recommendations to the plenary. The decision-making body is responsible for making decisions and enforcing international law. But the General Assembly has the power to make decisions on issues that affect the world.

The UNESCO and international law pact has been controversial for several reasons. The United States and Israel have both objected to the pact as protectionist and deeply flawed. Critics argue that the pact threatens freedom of expression and minority cultures. Instead, they suggest that UNESCO should use its good offices to promote free exchange of ideas. But is this really the way UNESCO and international law work?

The organization’s primary purpose is to promote educational and scientific programs and protect the natural environment and humanity’s common cultural heritage. The UNESCO helped protect the ancient monuments in Egypt from the Aswan High Dam and has sponsored the international agreement to establish the World Heritage List, which recognizes and preserves important natural and cultural sites worldwide. UNESCO is also committed to combating global warming and other environmental problems, including pollution and biodiversity loss.

While ICH does not provide legal protection for intangible cultural heritage, it has the potential to protect human rights. The Convention recognizes that ICH must be protected. Its most relevant provision focuses on states’ obligation to take measures to protect their cultural diversity. This article also makes clear that states should not discriminate against ICH because it may be an integral part of a person’s identity. By defining intangible cultural heritage under international law, UNESCO is demonstrating its commitment to human rights.

Other international organizations are equally important. UNESCO’s International Commission for the Study of Communication Problems is headed by Irish statesman Sean MacBride. The organization is striving to create a New World Information and Communication Order, which would treat communication as a basic human right. This would eliminate the gap in communication capabilities between developed and developing countries. However, it has some flaws. It has a long way to go before it achieves this goal.