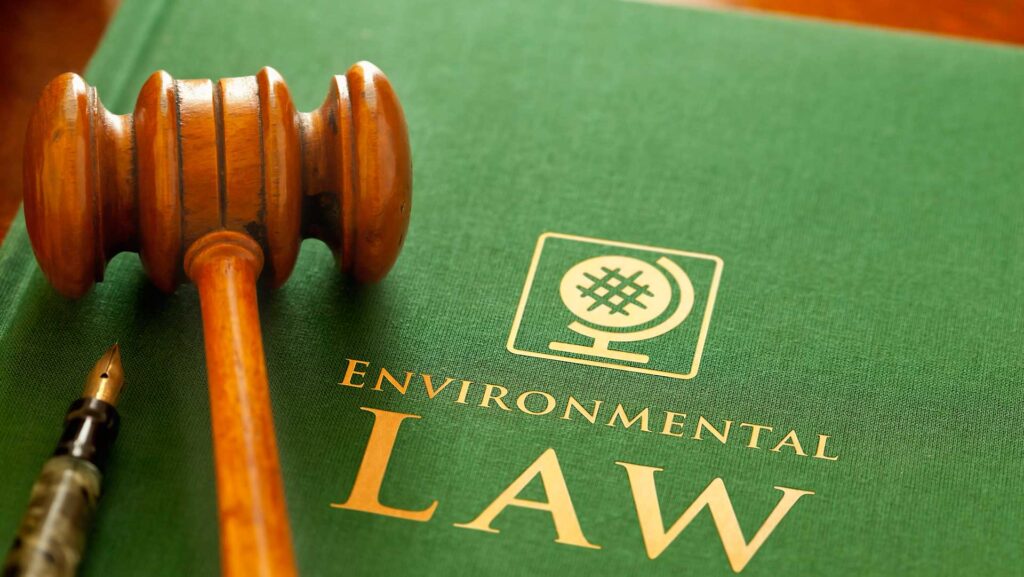 EPA employees consult current science on pollution to determine what regulations are needed to protect the public. While the agency faces bickering over its scope, the EPA rulemaking process has proven beneficial to the American public. In fact, a large majority of American citizens approve of the agency’s rulemaking process. However, the Trump administration has indicated it cannot accept the status quo, slashing billions of dollars from the EPA and cancelling years of Obama-era regulations.

The US Supreme Court affirmed that the EPA has the authority to regulate air pollution under the Clean Air Act in a unanimous decision in the 2005 case Whitman v. American Trucking Associations, Inc. The court answered the question of whether or not the EPA must take public health and costs into account in developing regulations. The court said that public health could be the main goal of regulations. However, this does not mean that the EPA must take these factors into consideration.

The Clean Air Act requires the EPA to conduct a number of studies to characterize the risks of certain chemicals and develop a plan to control the pollution. These studies also provide information for rulemaking and support local and national efforts to limit the harmful chemicals in the air. One of the key provisions of the law came into effect in 1990 when the EPA added new provisions to protect the stratospheric ozone layer. The Act requires that the EPA set up a program to phase out ozone-depleting chemicals. Many of these chemicals have been banned, and the EPA has issued licensing for technicians to use them.

The Clean Air Act is a comprehensive set of regulations and policies designed to tackle several air pollution problems. It relies on technology-based standards, rather than general standards as in many other environmental laws. Moreover, unlike other environmental statutes, the Clean Air Act requires polluters to install specific control technologies. The EPA also enforces this requirement through fees, which help to fund air pollution control activities. But what is so good about the Clean Air Act?

The Clean Water Act is a federal statute enacted to protect our nation’s waters. The act aims to protect and restore our waterways by regulating pollution from industrial and domestic sources. Under the law, the state must establish a list of impaired surface waters, and a State Revolving Fund to finance water quality improvements. Although the Clean Water Act has made significant improvements in water quality in the United States, it does not address nonpoint source pollution, such as runoff from roads and other man-made surfaces.

Under the Clean Water Act, industrial and municipal facilities must obtain permits to discharge pollutants into public waters. This legislation also focuses on the restoration and maintenance of aquatic ecosystems, which are crucial for human health and economic activity. It also mandates that wastewater be treated and pretreated before discharge, which protects the quality of sludge generated by POTWs. These two laws are often used together to protect our waterways and the waterways they supply.

The Clean Water Act is a landmark piece of legislation that has benefited many Americans for decades. While the EPA and various industries bicker over the scope of its authority, their employees consult the latest science about pollution and formulate rules that protect the public. This rulemaking process is highly effective, and a large percentage of Americans approve of it. However, the Trump administration has made clear that it can’t accept this status quo. It has already cut billions from the EPA budget and commenced a process of cancelling years of Obama-era regulations.

The Do No Harm principle and the prevention principle are contradictory. The former states that a state has sovereign rights over its natural resources, while the latter requires that no harm be done to them. The first principle is generally accepted as the golden rule, and is backed by various international instruments, such as the Rio Declaration. The latter principle requires a state to take preventative measures, such as reducing carbon emissions, animal protection, and energy choices.

The Precautionary Principle: This principle is closely tied to risk assessment and Environmental Impact Assessment. It states that decisions that will affect the environment must acknowledge conditions of uncertainty, avoid damaging effects, and take appropriate preventive measures. Often, this means taking the precautionary approach, which means using as much data as possible before taking any action. But, it is not enough to make the most conservative decisions. Environmental protection is a constant concern, and a decision must be based on scientific evidence and considerations.

The Convention on Wetlands: This international treaty was signed in 1971. The Clean Water Act (CWA) is a large body of law regulating the use of public resources and lands. Although the principles of environmental law are complicated, they do help us protect scarce natural resources and the health of human beings. As a result, the environmental laws are increasingly recognized as a tool in preventing harm and promoting a sustainable future.

Violations of environmental law are classified as white-collar crimes, and the penalties for them range from fines to jail time. Serious crimes, such as polluting the environment, can result in sentences of up to 15 years in prison. However, most sanctions for violations do not reach that level. Sanctions are often limited to fines, as a legal person is unlikely to be able to pay ten or fifteen times as much as a corporation.

The penalties that a corporation or individual may face depend on the type of violation. Civil penalties, for example, are monetary assessments paid by the regulated entity, which act as an incentive to comply with the law. These fines are designed to make up for the economic loss incurred through noncompliance, and they are typically accompanied by a period of probation. Injunctive relief, on the other hand, requires regulated entities to perform some action, in order to bring themselves in compliance with the environmental law.

When applying the appropriate penalty for a violation, the penalty must be proportionate to the actual harm or damage caused by the infringement. In other words, the penalty should be proportional to the sensitivity of the environmental sector in question. It is also important to remember that damages to water supplies or inhabited areas are considered to be serious. Besides, violations that involve highly toxic substances or the misuse of acutely toxic substances are deemed to be extreme harm.

A career in environmental law can be rewarding, but is it for you? If you’re not sure whether this is the right path for you, consider joining an environmental law society. These groups help students learn about environmental issues and career opportunities and offer social events and opportunities to participate in public policy and community service. Members can also get involved in a number of projects, from litter cleanups in their local community to participation in a panel discussion on sprawl or climate change.

There are many types of jobs in environmental law. As a water and energy law attorney, you’ll be litigating to ensure safe drinking water. Energy law attorneys, meanwhile, make sure that companies follow laws and regulations in order to save money. Department directors advise corporations on environmentally sound business practices and are required to have excellent organizational skills. Policy advisors help corporations develop sound environmental policies and interpret new scientific research. There are numerous other types of environmental careers – from the regulation of agricultural production to the regulation of mining and energy practices.